Paris St Germain manager Unai Emery says that the club cannot only rely upon the goals from Edinson Cavani. 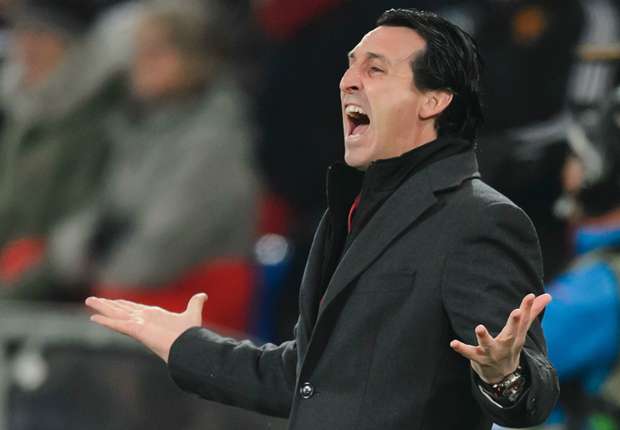 He says that the other players should also start contributing on the scoresheet if PSG are to achieve the objectives the season. The club appointed the former Sevilla manager in order to lead them to European glory. Under the leadership of Laurent Blanc, the club was successful in domestic competitions only to be disappointed when it came to Europe.Emery, though, has an incredible record of winning the Europa League three times in succession with the Spanish club.

His arrival, though, has not been met with an upturn in terms of fortunes, as the club continue to struggle. Now, however, the struggles have extended to the domestic competition. PSG were the overwhelming favourites to win the league title at the start of the season.

It was not a surprising even though the team had lost big players like Zlatan Ibrahimovic over the summer. Cavani has been able to seamlessly replace the Swedish striker. After scoring 10 goals in just 11 league matches, he is the top scorer in the French Ligue 1 at the moment.

However, the club are struggling with a three-point deficit from table leaders Nice. Part of the reason has been the inability to win matches regularly. The club has already suffered two defeats in the league, while they have won only seven matches.”We need players who can score – Edinson, but also others. I said to my players that, for me, when we have opportunities, I’m calm. Whether we score or we don’t score, this is the next step of work.Against Marseille [a 0-0 draw], we had enough chances to score six. For me, this is a good thing. We must work on our efficiency.We need players other than Cavani to score,” said Emery.