Tuchel, the French midfielder is very much expected to leave the PSG (Paris Saint Germain) at the end of this month as his contract is coming to an end. Thomas Tuchel, the manager of PSG says that he is going to reassess the situation of Adrien Rabiot with the club after the transfer window will be closed in this January. Rabiot was expelled from the 1st team indefinitely in the last month of December after it became evident that he will not sign a new contract with the club. 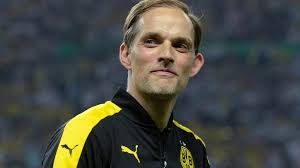 The agent of midfielder i.e. his mother named Veronique Rabiot said while interacting with the media that there was “no chance of going back” as the situation has totally exacerbated. On the other hand, Barcelona is the favorites for signing the midfielder is it in summer or this January but, if Adrien does not depart in this month, Tuchel says he will again take a view at these choices when it comes to managing the role of the midfielder for the remaining season. On Friday Tuchel said “It is almost impossible to reinstate him in this month, because various things can happen,” although “if he doesn’t depart, I am ready for everything, but that will definitely depend on many other things. He practices very well but the situation between the club and Rabiot is very complicated and it is need of the hour to wait.”

PSG have not even recovered from their loss of Coupe De La Ligue to the Guingamp, which is their maiden domestic defeat in last 5 years. The future of Neymar with the club is also uncertain as many reports has stated that he may move to Barcelona after being getting a deal from Barcelona. But his father said that these reports claiming his return to Barcelona are nothing more than “fake news”.
January 22, 2019 index Uncategorized Leave a comment