French club Paris Saint-Germain might be forced to sell some players on the cheap in order to avoid any Financial Fair Play penalty. The club is under scrutiny and will need to sell €60m worth of players to avoid any issue with the UEFA. 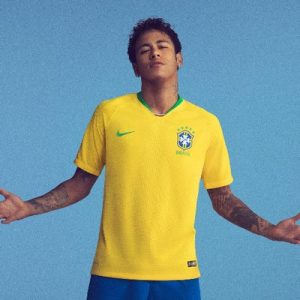 The inquiry was launched by the UEFA after some big money signings by Paris Saint Germain namely Brazilian Neymar from Barcelona for a reported fee of €222m. In the same season, the French side recorded the arrival of Mbappe from Monaco for a fee that could go as high as €200m’
The financial fair play inquiry did not find any wrong with the club transfer dealing but have informed the club that they will need to make at least €60m of player sales if they want to break even.
Paris Saint Germain officials have not yet commented on this issue and it is believed that they are working to fulfill the financial fair play conditions.
This can be a tricky situation for the French club as they will have to sell some players on the cheap and at the same time make sure that they can strengthen the team in order to win the much coveted Champions League.
Paris Saint Germain is still far from being a side that can lift the Champions League and still appears to be a work in progress when they play in Europe. They will be hoping that this time around they can reach at least the final but this can be rather difficult given the restraints that were put on them by the UEFA.
They will be managed this time around by Thomas Tuchel and they will be hoping that the latter can improve the team with some coaching rather than just buying new players at an expensive price.
June 26, 2018 index Uncategorized Leave a comment